Gamers playing poker? Not a new idea, but for the first time it will happen at King’s Rozvadov. On May 16th & 17th Bertrand “ElkY” Grospellier headlines a very special event – the “King’s Gamers Contest”.

Poker and eSports have one thing in common –players have an incredible passion for their game. Bringing them together creates a huge new community. No wonder King’s Boss Leon Tsoukernik believes in the project and sees a bright future. The key is King’s TV, a 24/7 Twitch channel, that will be launched together with the first “King’s Gamers Contest”. 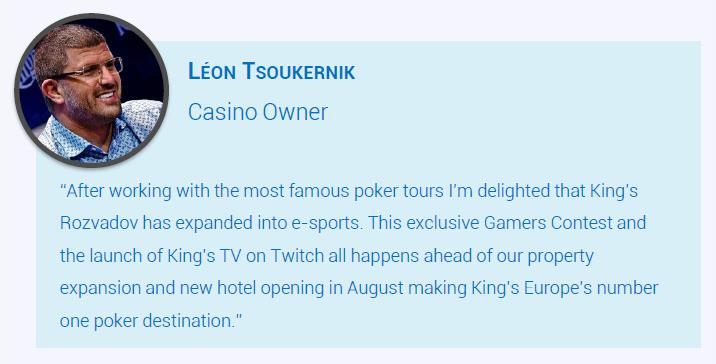 The poker scene would call ElkY the star of the event, but gamers have their own heroes. Well-known in the eSports community, they can now prove their talents at the poker table and everybody can watch live on Twitch. 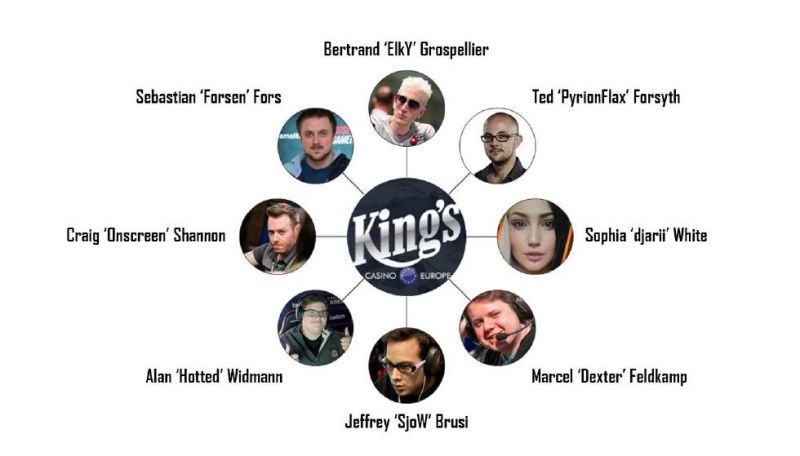 On May 16th a Bounty Sit & Go with a total € 10,000 prizepool will be played and on May 17th a € 2/5 cashgame is scheduled. While the Sit & Go is an invitational only, there will be a waiting list for the cashgame available.

The King’s Gamers Contest goes together with the launch of King’s TV. From May 16th onwards, King’s TV will bring 24/7 action to your screens. Shows, streams and a lot of live action will run all day creating a new source of poker entertainment.